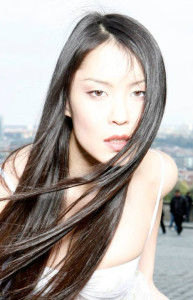 Maya is a tall 1.80m Eurasian top model and expert in martial arts and falconry. With a touch of ballerina moves to her martial arts program she is known as the Ballerina. Her signature move is a deadly kick coming from her turning in a pirouette and suddenly turning her leg out and hitting right in the face of the unexpected opponent. The Falcon Force shoes are reinforced with metal shields which are capable to of being sharp of giving off an electric paralyzing shock – she is one of the chosen Falcon Force girls. She is second to the Falconman and second in command due to her lightning ability to react. She leads the Falcon Force in the absence of Falconman.