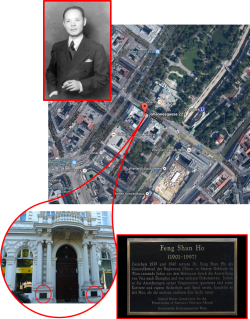 Dr. Ho was the Consul General for China stationed in Vienna from 1938 to 1940

Against the instructions of his supervisors in Berlin, the Chinese ambassador Dr. Ho issued nearly 10,000 Visas for Jews to leave to Shanghai

In China Dr. Ho I known as the ‘Schindler of China’

In memory of his humanitarian achievement and risking his life and career for helping many Jews escape the holocaust, plaques have been places outside his former quarters.

The movie The Shanghai 1939 is based on this true story of Dr. Ho and some of the young people he helped to escape the Nazis.

Dr. Ho’s Consulate was situated opposite the Johann Strauss statue in the Stadtpark playing the violin, and can be seen directly from the window of Dr. Ho’s office. Dr. Ho always looked out through his window at the Johann Strauss statue, a famous violinist and composer to calm him when things were tough. He loved going to the violin concertos who played Strauss and would often play Strauss on his gramophone in his office.

He would often listen to the students who he helped flee to Shanghai when they performed their classical music at the Vienna Academy.

The music of Johann Strauss and his violin instrument guides the film from beginning to end, classical music being the protective force of the group. 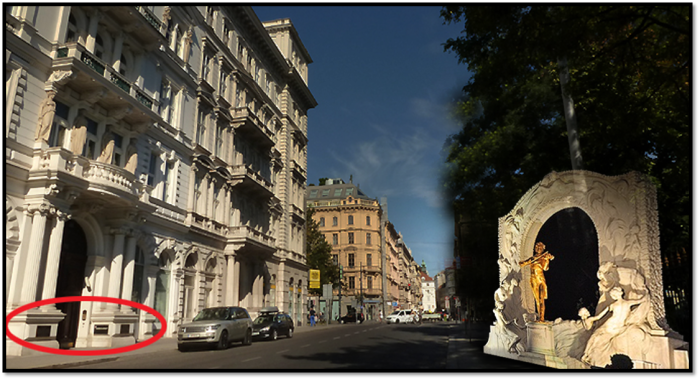 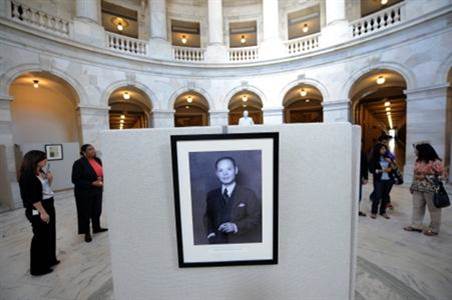 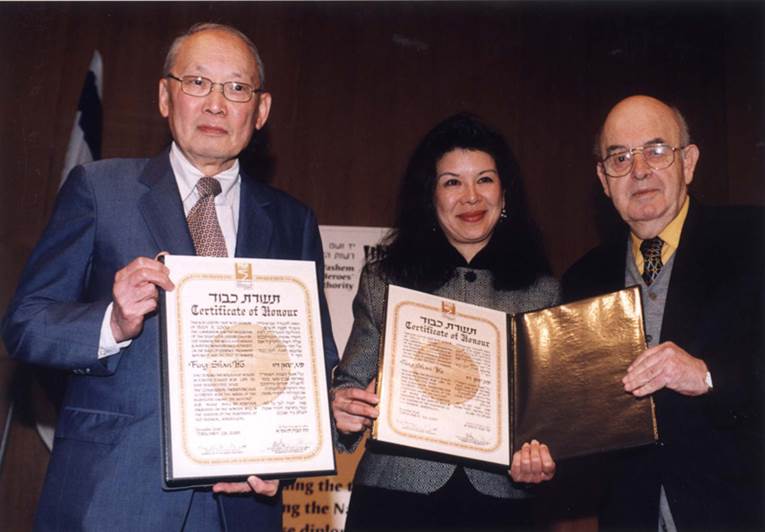 Consul Ho’s daughter, Manli Ho and son Ho Man-To receive the Righteous award in honor of their late father at Yad Vashem from Commission for the Designation of the Righteous